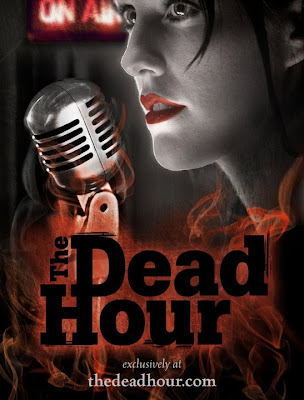 The legendary web series "THE DEAD HOUR" Second Second now in production.  It will be premiering soon.  Amazing webseries.  If you haven't checked out the first season then you don't know what horror really is...


"The Dead Hour" is an indie horror anthology series filmed in Omaha, Nebraska. The show centers around a mysterious and sexy radio DJ who brings her audience dark and twisted tales each night. The first season launched last fall and webisodes can be seen exclusively at www.thedeadhour.com. Season 2 is currently in production and will feature nine new episodes that will premiere this October also exclusively on the site.

More news, updates and behind the scenes features can be found on our Facebook page at www.facebook.com/magnumpictures.
Daniel Iske
Director/Executive Producer
The Dead Hour
www.thedeadhour.com
Posted by EYEPUS at 8/28/2011 No comments: 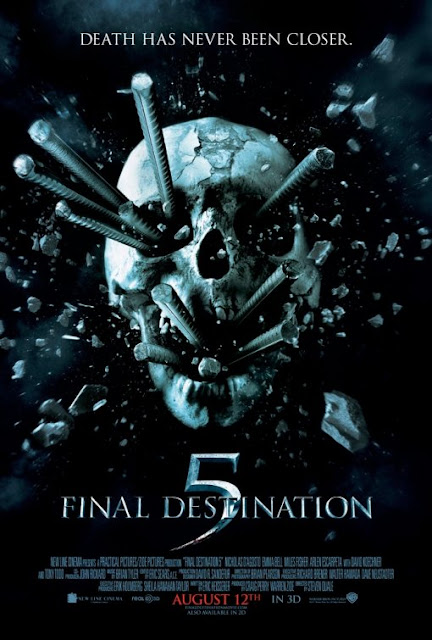 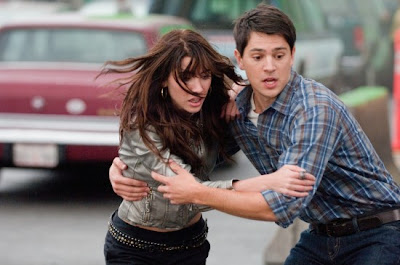 The film turns into a slice, dice, splatter, chop, ooze, grisly, blood and gore fiasco of fun and death.  And the gimmick here is 3D where you get to enjoy all the grisly deaths right in your face.  Sam and his co-workers start to run away from death in the most satirical way.  Tony Todd makes a special appearance delivering his deathly one liners.  The film goes more in-depth into each of the characters unlike the last three Final Destination films in which you don't care about the characters, you are just dying to see how they going to die - but in this installment we are more installed into the characters lives.  Final Destination 5 most classic sequence is the collapsing suspension bridge - a must see.

By the end of the film we really don't care who survives or not, we are just having a good ole time watching a blood and gore ride in 3D.  We all know there is going to be a part 6 around the corner.  The Final Destination franchise is twenty times better than the SAW and PARANORMAL ACTIVITY franchise.

TICKED OFF TRANNIES WITH KNIVES - Review

Is been three months since I wrote a review or did an interview here at eyepus.  Sorry folks for being a ghost for three months.  My sincere apologies.  This month I will begin with a dvd film review of TICKED-OFF TRANNIES WITH KNIVES. 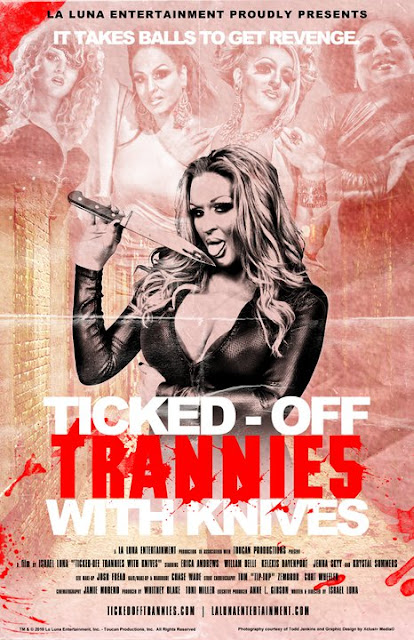 What started as good ole campy dialogue between transgendered girls (looking a bit like drag queens) in a dressing room ready to perform at a cabaret show and thirty minutes of thrilling, edge on your seat little scary action turns into dumb camp, trashy, stupidity spoof, tired mess.

The storyline: In short summary - Two transgirls (I hate using the word trannies) take a ride out of town to meet some guys for some little action.  The guys turn out to be transphobic, bully-killer motherfuckers, especially the leader named Boner (Tom Zembrod, giving some fine chilling performance).  The girls get trapped inside some warehouse in the middle of nowhere, where they get served brutally by the guys.  The survivors of the brutal attack start to seek vengeance in a smart, but yet stupid way. 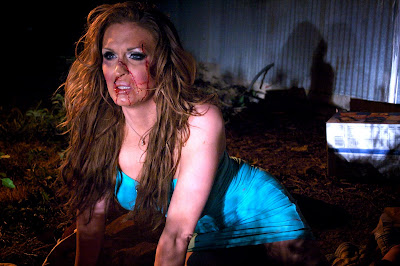 Some fine performances from the cast and good direction.  Great costumes and wardrobe designs.  The storyline was a perfect concept "Transgirls VS Transphobic Men Revenge", but Mr. Luna decided to make it into a spoof.  If this film was not a spoof and more of a serious film, it could've been an instant cult classic along with Lloyd Kaufman "Mother's Day", "Ms. 45" and "I Spit On Your Grave".

Was it necessary for this film shot in video to have that grindhouse look? The grindhouse effect style for this film: splices, derailed sounds, bad in purposely jump cuts, etc., - TIRED.  There was no need for it.  Low-budget Filmmakers nowadays are using the whole grindhouse gimmick effect to cover up their film flubs, bad lighting, bad cinematography mistakes.  If the film had more splatter and gore fiasco it could've been delivered as a homage to the video nasties of the 80's but not the grindhouse look.

Filmmaker Israel Luna aint no John Waters, Tarantino, or Rodriguez.  But I must say Mr. Luna delivered a great concept for what could've been a great serious film, but he took his concept into a shady film spoof mock and made court jesters of the transgender girls for the heterosexual community across the nation, who still believe in their own little minds that the transgender community is a freak show.  Israel Luna redo this film again with a real serious tone.

ONE STAR FOR THIS MISERABLE, TRANSGENDERPHOBIC FILM.
Posted by EYEPUS at 8/14/2011 No comments: