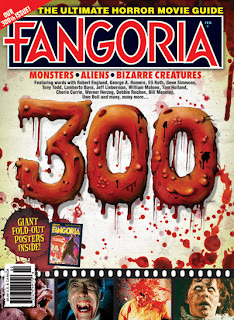 FANGORIA 300 - ISSUE 300 - WOW - I feel like an old son of a bitch - I remember when I was 13 years old in 1984 and a friend of mine named Timothy introduced me to Fangoria.  From there on I started collecting them issues back way then.  I used to hit the FANGORIA Weekend of Horrors conventions when they used to have them at the Roosevelt Hotel in NYC in the 80's.   When going around the convention dealers room you would find original FANGORIA magazines for 2 dollars,  movie horror classic posters, lobby cards, rare items so cheap, and now those items are worth hundreds to thousands of dollars.  I remembered when they were selling the original PIECES horror movie poster for about 8.00 bucks rolled up.  You would even find original Star Wars collectible action figures for 3 bucks.   Everything now is reprints.  I wish I could turn back into the past and buy them memories.  I stopped collecting FANGORIA - 9 bucks now - I can't afford it - i have to go to Barnes and Noble and read it there because is too high in price - economy is shady my friends.   But I did buy the 300 Issue.  A great issue commemorating all time horror movie classics.  I wish FANGORIA was the price of a GQ magazine $4.99.  I love you FANGORIA - because of FANGORIA i went to Film School and made some bizarre short films.  May the legendary magazine live on.
Posted by EYEPUS at 1/20/2011 2 comments: 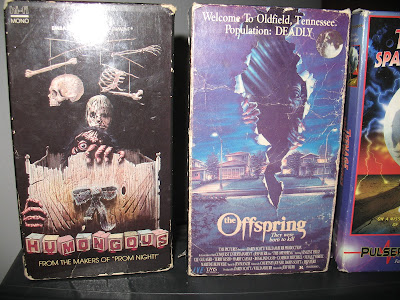 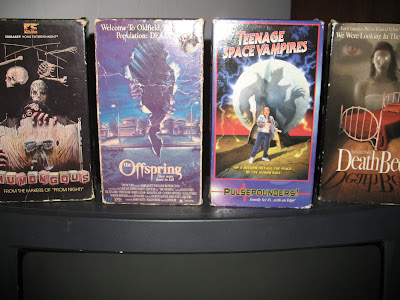 Someone at my worksite threw away this VHS Horror movies.  I never saw any of this films but I do remembered when HUMONGOUS played in 1982 at a local bijou in my neighborhood.  I never saw it.  But now I get to see them...
Posted by EYEPUS at 1/17/2011 1 comment: 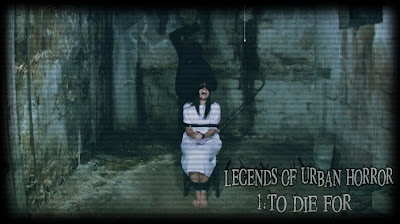 FILMMAKER OWEN MULLIGAN (THE SMOG, ROADKILL) Launches his horror webseries LEGENDS OF URBAN HORROR with his first episode TO DIE FOR.  Go and check out his horror web series.  Below is his presskit.

Legends of Urban Horror is a new anthology web series based on the most horrific urban legends. In the tradition of Tales from the Darkside, Tales from the Crypt and Night Gallery, each original episode features a singular story of the uncanny. Each tale will run between 3-5 minutes in length and will be distributed exclusively to the web.

The first tale “To Die For” will be free to watch on the Legends of Urban Horror website (www.LegendsofUrbanHorror.com) starting Tuesday, February 1st. The episode will also be available to own as a digital download for 39¢.

Owen Mulligan and Jay Vos run DeadFi Productions, which is a micro-budget horror outfit based in Burlington, Vermont. They’ve produced several short horror films which have played the Vermont Horror Film Fest and the Killer Film Fest in Massachusetts.

For all the latest news, please visit  www.LegendsofUrbanHorror.com

RUE MORGUE - THANK YOU SO MUCH

I would like to give a zillion thank yous to the legendary horror magazine RUE MORGUE for announcing my EYEPUS BLOGSPOT in their ROADKILL section, page 10 in the DECEMBER 2010 Issue.  The section ROADKILL is compiled by Monica S. Kuebler.   THANK YOU GUYS FOR MENTIONING MY BLOG - you guys made my day... KEEP UP THE AMAZING WORKS WITH YOUR MAGAZINE. 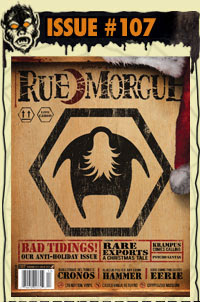 YEAR OF THE LIVING DEAD (TITLE MAY CHANGE) is still in a fine cut mode, still in the editing and sound stages but what I saw in the advanced special screening the doc is a very informative and a great piece of work.  Check it out when it gets release. 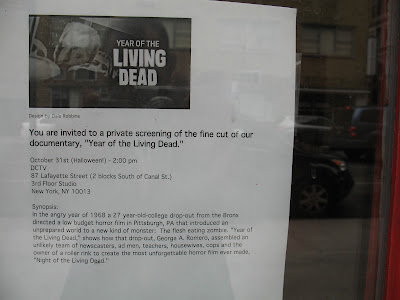 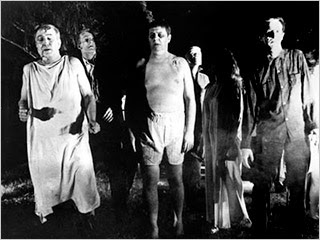 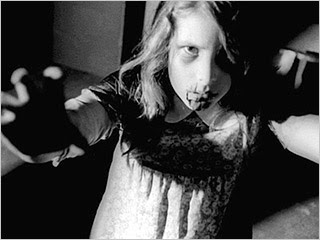