THE NEW PENNYWISE CLOWN "IT" I am a big fan of Pennywise The Clown played by Tim Curry in Stephen King's IT tv mini-series (1990). I'm not sure if I like the new Pennywise Clown version (above) for the movie version. Maybe the film version will be a hit or a flop - who knows, hoping it doesn't flop like another sucky bad remake (A Nightmare On Elm Street 2010 remake). The outfit the new Pennywise The Clown is wearing in this Entertainment Weekly photo looks tacky, and even the whole clown look - I don't know, it looks tired.  Pennywise The Clown, 1990 version was one, scary, deadly son of a bitch, the squeamish, saucy make-up, the big red wig and the outfit just scary. I hope and I pray Stephen King's IT movie version will give us one hell of a great scary ride at the movies come 2017.

I just saw the trailer for ANTIBIRTH starring indie legends Natasha Lyonne and Chloe Sevigny and is a must see. 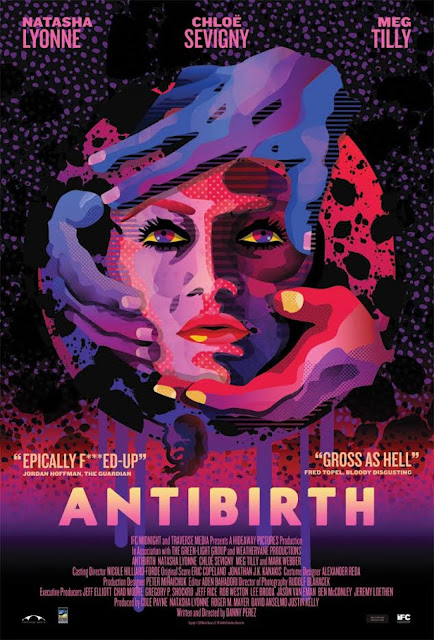