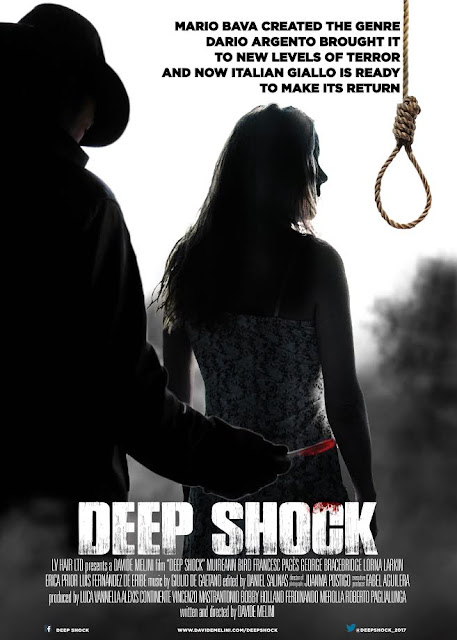 Davide Melini upcoming short film DEEP SHOCK, looks visually stunning and fiercely beautiful.  Mr. Melini is ready to strike us with a new masterpiece. The film is in post production now, due out this Summer.  The film pays tribute to "giallo" (thriller, mystery, horror noted for psychological themes of madness, alienation, paranoia and sexuality). The title Deep Shock pays tribute to the horror film titles from the legendary Italian film directors Mario Bava and Dario Argento. I mentioned this before here on EYEPUS - Davide Melini has the eye of what is true giallo and he falls in the realms of the legendary Italian horror filmmakers such as Bava, Argento, and Fulci.  Check out his teaser trailer DEEP SHOCK.


SYNOPSIS: "Sarah can't completely overcome the deaths of her grandfather and her older sister.  The trauma and lack of sleep cause her to embark on a strange journey of apparitions and murders, apparently caused by her mind..."

Written and Directed by DAVIDE MELINI