I cant wait to see Adam Green (HATCHET) new film FROZEN looks scary as hell, imagine being stuck in the middle of the slopes, stranded in a chairlift, freezing, now that is some scary shit... Check out the poster, synopsis and website of the film. 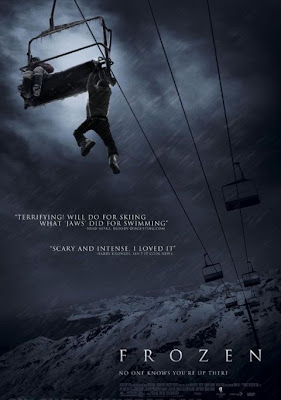 A typical day on the slopes turns into a chilling nightmare for three snowboarders when they get stranded on the chairlift before their last run. As the ski patrol switches off the night lights, they realize with growing panic that they've been left behind dangling high off the ground with no way down.

With the resort closed until the following weekend and frostbite and hypothermia already setting in, the trio is forced to take desperate measures to escape off the mountain before they freeze to death. Once they make their move, they discover with horror that they have much more to fear than just the frigid cold. As they combat unexpected obstacles, they start to question if their will to survive is strong enough to overcome the worst ways to die. 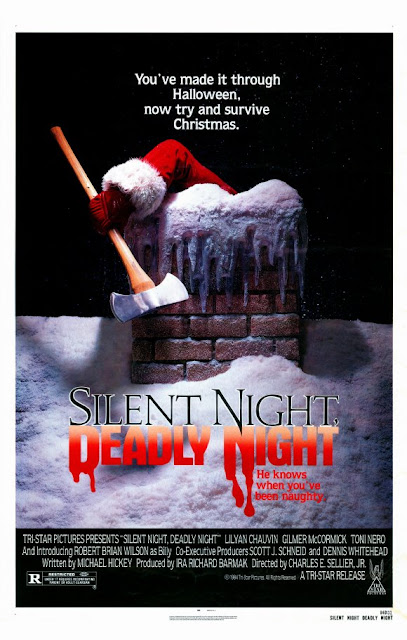 KILLER SANTAS, A KILLER SNOWMAN, HERE ARE SOME XMAS HORROR FILMS THAT EVERYONE SHOULD SEE WITH FAMILY AND FRIENDS WITH A CUP OF HOT COCOA AND CHOCOLATE COOKIES ON THE SIDE...  MERRY CHRISTMAS... 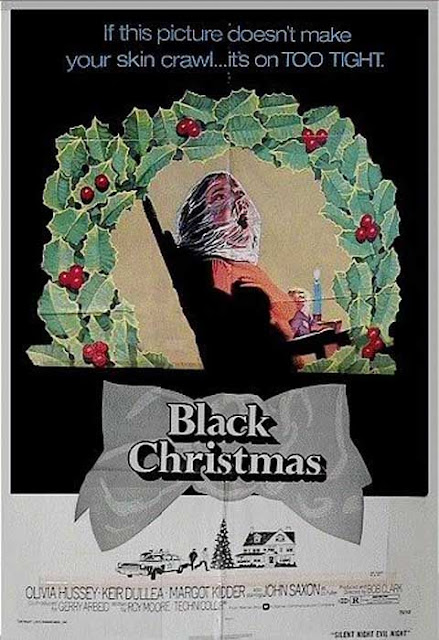 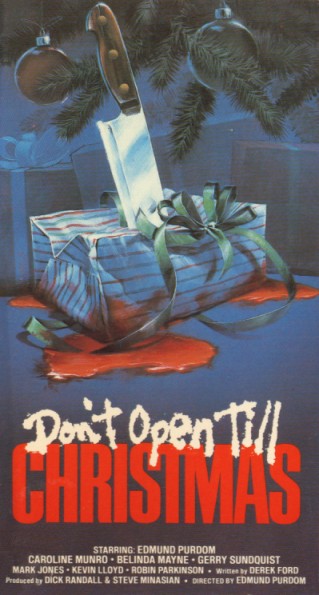 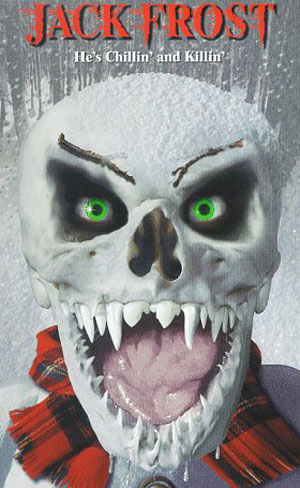 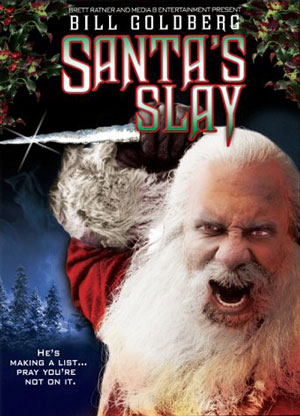 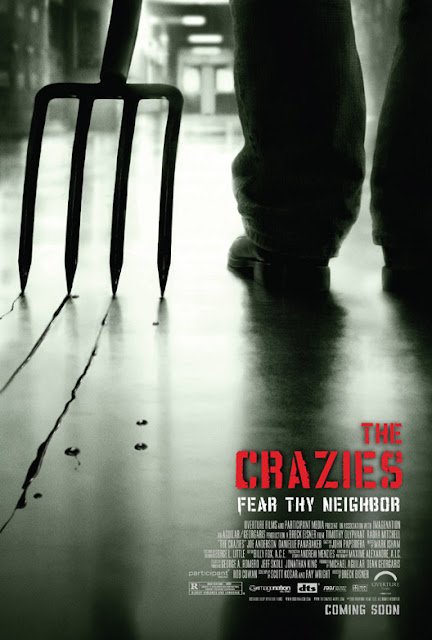 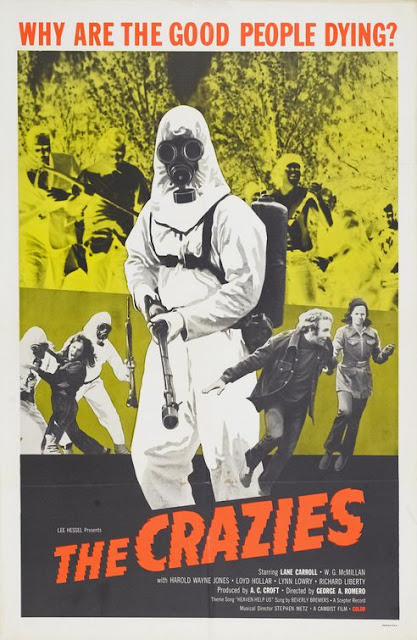 THE CRAZIES is a remake from George A. Romero THE CRAZIES from 1973, below is the synopsis.  Above is the new remake poster and the original from 1973. THE CRAZIES opens February 26, 2010.

Imagine living in a small town where everything is safe and happy…until suddenly it isn’t. Imagine your friends and neighbors going quickly and horrifically insane. In a terrifying tale of the “American Dream” gone horribly wrong, four friends find themselves trapped in their hometown in The Crazies, a reinvention of the George Romero classic directed by Breck Eisner from a screenplay by Ray Wright (Pulse, Case 39) and Scott Kosar (The Amityville Horror, The Texas Chainsaw Massacre).

David Dutten (Timothy Olyphant) is sheriff of Ogden Marsh, a picture-perfect American town with happy, law-abiding citizens. But one night, one of them comes to a school baseball game with a loaded shotgun, ready to kill. Another man burns down his own house…after locking his wife and young son in a closet inside. Within days, the town has transformed into a sickening asylum; people who days ago lived quiet, unremarkable lives have now become depraved, blood-thirsty killers, hiding in the darkness with guns and knives. Sheriff Dutten tries to make sense of what’s happening as the horrific, nonsensical violence escalates. Something is infecting the citizens of Ogden Marsh…with insanity.

Now complete anarchy reigns as one by one the townsfolk succumb to an unknown toxin and turn sadistically violent. In an effort to keep the madness contained, the government uses deadly force to close off all access and won’t let anyone in or out – even those uninfected. The few still sane find themselves trapped: Sheriff Dutten; his pregnant wife, Judy (Radha Mitchell); Becca (Danielle Panabaker), an assistant at the medical center; and Russell (Joe Anderson), Dutten’s deputy and right-hand man. Forced to band together, an ordinary night becomes a horrifying struggle for survival as they do their best to get out of town alive.
Posted by EYEPUS at 12/24/2009 No comments:

In the sleepy town of Riverton, legend tells of a serial killer who swore he would return to murder the seven children born the night he died. Now, 16 years later, people are disappearing again. Has the psychopath been reincarnated as one of the seven teens, or did he survive the night he was left for dead? Only one of the kids knows the answer.   Adam “Bug” Heller (Max Thierot) was supposed to die on the bloody night his father went insane. Unaware of his dad’s terrifying crimes, he has been plagued by nightmares since he was a baby. But if Bug hopes to save his friends from the monster that’s returned, he must face an evil that won’t rest…until it finishes the job it began the day he was born.

Hopefully the film will get an R rating and Wes Craven will take us to a new horror masterpiece journey.  And speaking of Wes Craven, I dont think he is helming SCREAM 4. That will be a bummer if the legendary director doesnt helm SCREAM 4.  Neve Campbell is back for SCREAM 4 but no talks about Craven back in the director's chair.  I refuse to see SCREAM 4 without Craven on board... 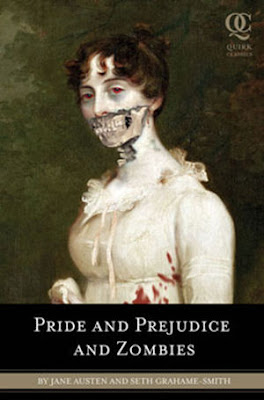 Actress Natalie Portman will star in and produce “Pride and Prejudice and Zombies,” a film that is based on the book by Seth Grahame-Smith and Austen.  Miss Natalie Portman will slay zombies in Victorian times.  It sounds crazy and funny, another hilarious take on zombies like SHAUN OF THE DEAD and ZOMBIELAND but in Victorian times.  Jane Austen meets zombie hell...
Posted by EYEPUS at 12/21/2009 No comments:

THE WOLFMAN gets "R" Rating 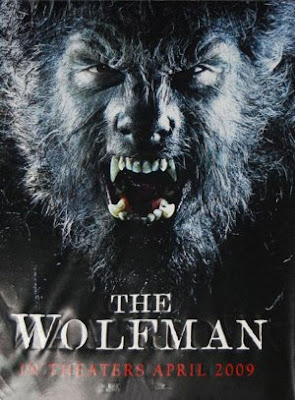 The looooooooooooooonnnnnnnggggggggggg awaited THE WOLFMAN starring BENICIO DEL TORO, EMILY BLUNT and ANTHONY HOPKINS due out February of next year is getting an R rating by the MPAA.  Thank God because I hate those PG-13 horror films.  The Wolfman will be bloodier, gorier, and loooooooonnngeeerrr without the cuts.  Thank you Universal Pictures.  Now we can enjoy it with all its glory.
Posted by EYEPUS at 12/21/2009 No comments: 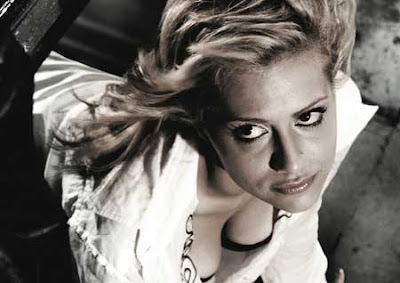 Sad and shocking to know that one of my all time favorite young actress Brittany Murphy is dead at the age of 32.   Brittany Murphy died of a massive heart attack.  As I write these lines I'm still in shock.  She starred in the teen classic film CLUELESS, 8 MILE, DEADGIRL, she played a sexy vixen in the cult classic - fierce SIN CITY, in the slasher film CHERRY FALLS, DON'T SAY A WORD, SPUN, LITTLE BLACK BOOK, UPTOWN GIRLS the upcoming horror films DEADLINE, SOMETHING WICKED and just many memorable films to even list here...  Sadly, I will miss her screen presence very much.  May she rest in peace.
Posted by EYEPUS at 12/20/2009 No comments:

This year was a good year for horror films, though some great goodies ended on DVD, I say this was still a good year for horror films on the big screen.  Though after three years in the shelves of Warner Brothers, TRICK R TREAT ended straight to DVD, not shown on the big screens, I must say, the EYEPUS horror Oscar goes to TRICK R TREAT as BEST HORROR FILM OF 2009.  Followed by ZOMBIELAND, DRAG ME TO HELL, ORPHAN,  and THE HOUSE OF THE DEVIL. 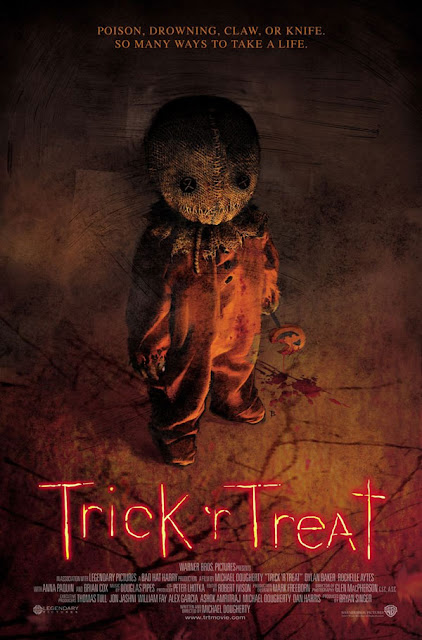 5. THE HOUSE OF THE DEVIL

Worst piece of shit horror film of 2009 goes to the awful and stupid remake of MY BLOODY VALENTINE 3-D, what the fuck were this folks thinking when remaking this piece of shit.  Bad acting, bad special effects, bad storyline, just bad everything, thank God I didnt pay once cent to see this garbage on the screen it was a library rental.

Honorable mentions that I liked very much but were not in my top five:  JENNIFER'S BODY, THE LAST HOUSE ON THE LEFT and DISTRICT 9 (though not a complete horror film - but EYEPUS says is sci-fi/horror).