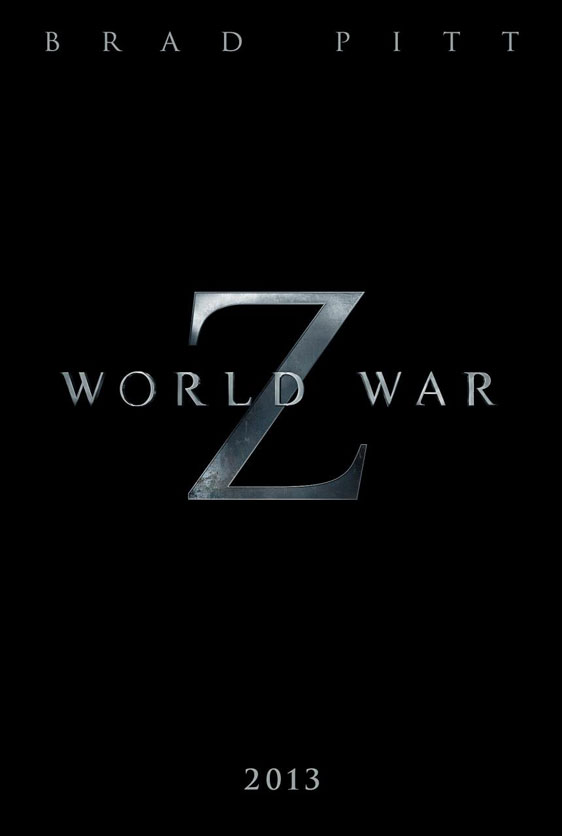 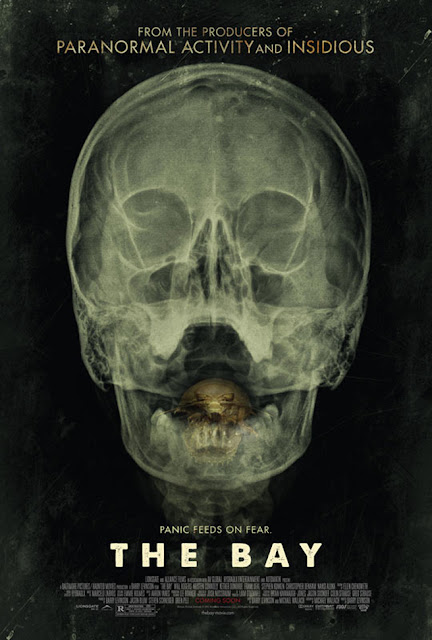 A-List Film Director Barry Levinson goes the found footage horror route with his new film THE BAY.  The found footage, horror documentary style begins in a small town called Chesapeake Bay, July 4, 2009 told in present time 2012 by reporter Donna Thompson (Kether Donohue) as she witnesses the horrors.  Begins everybody having a good ole time celebrating fourth of July in the town, when the plague begins.  We witness images (surveillance videos, cell phone and handheld video footage) of people running amok with skin boils all over their bodies, people vomiting and spewing blood - the whole town goes into chaos. 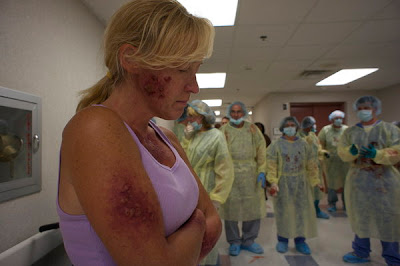 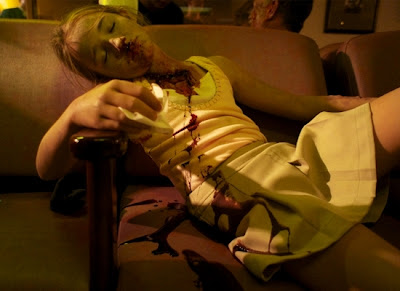 THE BAY could’ve been a tv movie of the week for Halloween.  The Bay is not scary, nor it tries to be gross - jus a total waste of movie theater space.  Just wait for this movie get to a Redbox vending machine or just wait to view it for free online somewhere.