Exclusive interview with cool, awe-inspiring filmmaker PIERRE AYOTTE, from Canada who took the time to be interviewed for our blog.  And also to thank Mr. Ayotte for sending us a dvd screener of his grindhouse tribute, awesome, absurd, fast-paced short film MASSACRATOR for review and for taking the time to be asked questions.  MASSACRATOR 2 is soon to be release I cant wait to check it out.  Check out his trailers of his other film works - honestly, WOW - AWESOME... 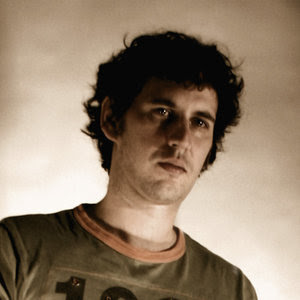 EYEPUS:  Pierre can you tell EYEPUS a bio about you and your multitalented works - especially as seen in your short film MASSACRATOR?

PIERRE AYOTTE: Growing up, I was always close to one kind of art or another. At home, we watched very little TV but a lot of movies, with a jukebox in the living room (my dad was a bit fifties-oriented); so music and dancing was part of the background. I started playing guitar myself at around fourteen, but was more inclined towards sports and science in high school, although I did a few year-end shows. I went to engineering in college, spreading my free time between rock bands and hockey, but found the applied science curriculum less thrilling than I thought. I switched to the Communications Program at University of Montreal, which happened to give free access to shooting equipment and editing facilities. I flunked it twice, just to take it again and benefit from the free equipment, and made a bunch of short films and videos. At the time, I was also doing music and eventually decided to pursue it more seriously for some years. I recorded a few albums and did a couple of hundred shows. Producing music was satisfying, but I missed the overall intricate endeavor of moviemaking. I was stuck between two great passions, and I knew you can only do one thing with greatness, not two. So I chose cinema, which is what I've been doing lately. I finished Massacrator and three other short films, and am now at work on my first full-length movie.

EYEPUS: I just found out you also do photography - Can you tell me about your fashionable black/white and colorful photography? 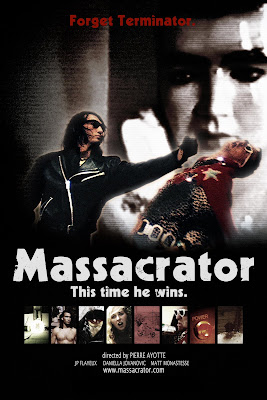 PIERRE AYOTTE:  I did a couple of years of glamour photography and some exhibits, but as a hobby, really. Doing camera work in movies, I found photo framing and model direction to be closely related to directing a film shot. I do like the esthetics of black and white.

EYEPUS:  Did you go to film school or art school?

PIERRE AYOTTE: Besides the free-equipment repeat sessions, I did a minor in cinema theory as part of my college degree. Very instructive in terms of cinema history but not too useful if your aim is to actually do film. For that, nothing beats slugging it on no-budgets productions.

EYEPUS:  You are from Canada - how is the horror/filmmaking scene in Canada?

PIERRE AYOTTE:  The Canadian living dead is alive and well ;) In Montreal especially, you find all kinds of very active and creative people, with some major genre festivals such as the Fantasia Festival and Toronto After Dark. I find it uncanny that a relatively small population can manage and sustain its genre community. People here are very resourceful and show great abilities at combining technical proficiency with very low budgets. There's a can-do and "will-do-no-matter-what" attitude that makes this scene a lot bigger than its parts.

EYEPUS:  Would you call your film MASSACRATOR a horror sci-fi spoof?

PIERRE AYOTTE:  It sure is. 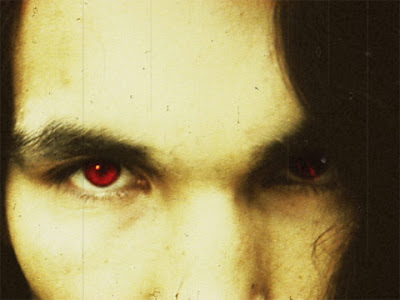 EYEPUS: Your film features an undead Elvis Presley - are you a fan of Elvis?

PIERRE AYOTTE:  Certainly. My father playing rockabilly guitar in outdoors shows, Elvis in the jukebox, those are great memories. Like all teens, I rebelled against stuff in my teens, but managed to keep my fondness for the King alive. I understand the cheesy dimension surrounding this pop culture icon, and I play with it as well, but I have a genuine appreciation for the man and his music. At his best, he was an incredible singer and performer. The rock I play and listen to has not much to do with him, but it owes a great deal of its existence to pioneers like him.

EYEPUS:  I just found out you did a sequel to MASSACRATOR - Can you tell us a bit without giving away too much? 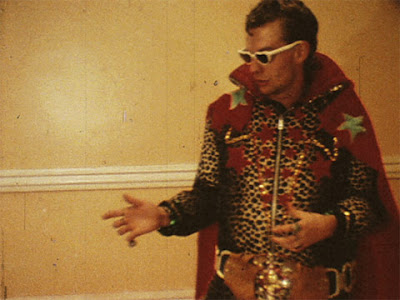 PIERRE  AYOTTE:  It's more of a tongue-in-cheek musical after-thought to Massacrator; it's got quite a bit of gore as well, but it isn't a narrative per se. Basically, Elvis comes backs to life after being decapitated by Massacrator, but his brain is infected with a virus. So he sings a bit, and kills a lot. 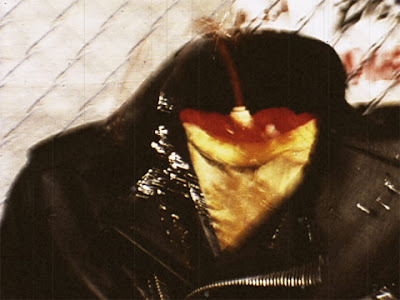 EYEPUS:  Who are your favorite horror filmmakers of all time?

PIERRE AYOTTE:  I like filmmakers who manage to blend horror/suspense with good narratives and some style. John Carpenter comes to mind, early Sam Raimi, Ridley Scott.

PIERRE AYOTTE: Alien, The Thing, The Shining, Evil Dead. 200 other ones.

EYEPUS:  Your film is very outrageous and absurd - reminded me of the early works of John Waters - Who or what inspired you to make MASSACRATOR?

PIERRE AYOTTE:  A visiting friend of mine was very muscular (he's a judoka). He was here for a week, so we decide to do a Terminator 2 gory silent spoof on the weekend, starring him. Although it was a quick and dirty production, I knew I could convey a certain uncanny style in both the humor and the action by using old film and low tech tricks in this genre of movie. After sending it to a few places, I was somewhat surprised that other festivals started writing me to get it as well. It's not groundbreaking cinema, but it fits the audience for these types of showings.

EYEPUS:  So lets get technical - the making of MASSACRATOR - Which editing system did you used to cut your film?

PIERRE AYOTTE:  It was shot on Super-8 film and edited on a very old reel-to-reel manual splicer. There is no negative with Super-8, so you are basically editing your master, adding a lot of scratches and dust just playing it back and forth, so there was no need to add those scratches in post-production. After I had fooled around enough with it, I sent it for digital transfer in Toronto (Frame Discreet, excellent people) and fine-tuned it in Sony Vegas, because there's no way I could get a tight enough edit other than on a modern non-linear editing system.

EYEPUS:  Which film camera you used to make this film?

EYEPUS:  Do you have any more upcoming film projects in the works?

PIERRE AYOTTE:  I'm currently at work finishing the editing of my first feature film, a whitesploitation action comedy. It's very old-school, with loud car chases, gory back alley martial arts, dynamite, peek-a-boo nudity, and very cool funk music. It stars a rock band against the forces of Evil, of course.

EYEPUS:  For all filmmakers who are struggling pushing their little films out there - Can you tell us about how are you going about promoting and doing publicity for your films - are you doing it the all self - distribution way?

PIERRE AYOTTE:  First, I made something like a five-year plan, because I understood that the publicity efforts would come from myself for the longest time. Then I made sure the films are the best they can be. I show it to friends, cut out the fat, show it some more, cut some more. Basically, I make it tight and effective, because people will have zero patience for something they don't know yet. I build up interest for it and subsequent productions by entering festivals, submitting to online reviews, putting trailers on YouTube, creating a mailing list from any and all, creating bridges to like-minded people on Facebook, Youtube, MySpace, etc. I spent a bit on Festival fees, poster expenditures, etc, and a unexpectedly large chunk of time; this is where the five-year plan helps. Meanwhile, I write scripts and keep on top of industry changes with books and online resources (The Workbook Project for instance).

EYEPUS:  What is your best advice to give to all struggling horror filmmakers who are trying to make a film at no zero budget?

PIERRE AYOTTE:  Just do it, and make sure you finish what you start, even if you have to wing it; then move on to the next thing. Besides, if your budget is zero, then your potential for loss is inexistent, isn't it?

CHECK OUT HIS UPCOMING MASSACRATOR 2 TRAILER BELOW